By Greed,
February 1, 2019 in Community Complaints 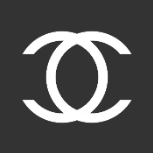 Requested information has not been provided, this thread will be locked on the 6th February (2019), unless said information is provided prior to the date specified.